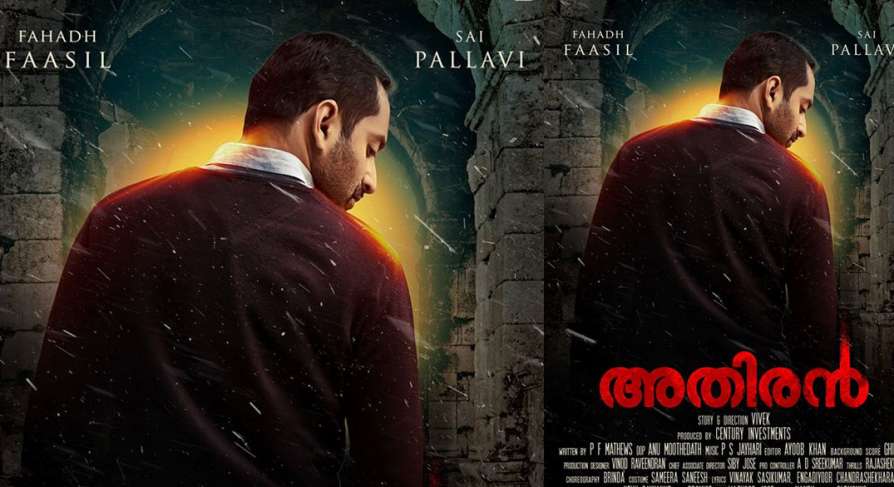 
Fahadh Faasil and Sai Pallavi’s latest Malayalam film’s title and poster was recently released. The movie, which is directed by debutant Vivek, has been titled Athiram.
Shot extensively in Ooty, the film wrapped up its principal photography last month and is scheduled to hit theatres in April 2019. The movie, scripted by PF Mathews, is touted to be a romantic thriller with both Fahadh and Sai Pallavi having action sequences.
The film also has Atul Kulkarni, Prakash Raj, Surabhi, Sudev Renji Panicker, Lena and Shanthi Krishna. Athiram will mark Sai Pallavi’s third Malayalam film after the superhits Premam and Kali, in which she starred opposite Nivin Pauly and Dulquer Salmaan, respectively.